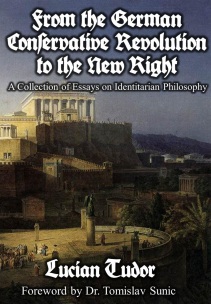 “This is a valuable little book serving as an indispensable introduction into a voluminous work of hundreds of German Revolutionary Conservative thinkers and their contemporary followers.”

“Tudor separates the distinctive theories that make up right-wing movements from the chaos of public opinion surrounding them, and reveals how they share a common origin and ideal in identitarianism.” 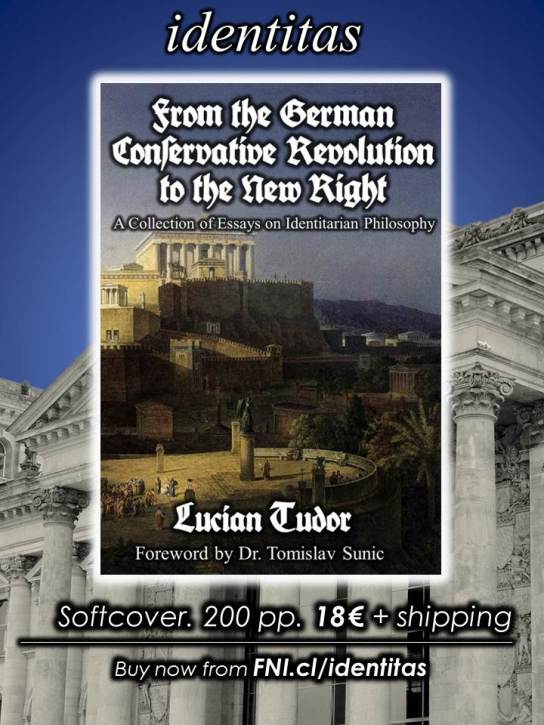 The German Conservative Revolution: An Introduction

The Philosophy of Identity: Ethnicity, Culture, and Race in Identitarian Thought

From the German Conservative Revolution to the New Right

Thoughts and Reflections on the Future of Our Struggle: A dialogue with Lucian Tudor

Some advance praise for ‘From the German Conservative Revolution to the New Right’.

“Lucian Tudor is one of the most lucid and interesting writers on the subject of the Conservative Revolution and the “New Right” working in English today. Having avoided the many distractions and hang-ups (such as race, capitalism, and outmoded political ideologies) which tend to dominate Rightist discourse in the Anglophone world, Tudor presents the truly radical strain of thought which emerged in Europe in the twentieth century and continues to grow and develop, but remains largely unknown in English – and which could not even be called ‘Right-wing’ in the usual sense. Lucian aptly shows that a truly revolutionary movement that wishes to preserve the legacy of Western civilization must first prepare the ground by providing a solid cultural and intellectual foundation for this effort, rooted in a sense of communal identity, and yet questioning all the assumptions on which our civilization currently rests. It must also be willing to engage with ideas that are both Rightist and Leftist in nature, transcending both. The essays in this book are an ideal introduction to this current of thought and some of its most prominent figures. Digest and apply its lessons.”

“There might be no writer amongst us who can summon as much knowledge on the conservative revolution than Lucian Tudor. Through his many articles on sites like Counter-Currents, Mot-Pol, and Radix, he has established himself as an authority on a range of right-wing intellectuals that include Oswald Spengler, Arthur Moeller van den Bruck, and Alexander Dugin. For anyone looking for objective analyses of these writers from an Identitarian perspective, there is arguably no better source than Lucian Tudor.

For me at least, the best way to learn about these figures and ideas is to get it from a book you can hold in your hands.

Fortunately, a collection of Tudor’s best essays is now available in print. From the German Revolution to the New Right: A Collection of Essays on Identitarian Philosophy can be purchased from this link here. It is certainly worth your time to get a copy.”